means “image making”, “picturing”, “representation.” The Taswir atlas got started with the Berlin exhibition TASWIR 2009/2010 and is currently developed into an encyclopedic, fractal epistemic architecture which may also emerge as an artistic cartography installation in an exhibition framework.

The Principle of Free Association

A Taswir atlas allows for the display an open number of artifacts, objects, soundclouds, filmclips, texts, that may enter via an edited matrix of attributes into variable, unpredictable, and dynamic relations with each other.

Warburg and the Displacement of the Display Walls

A Taswir atlas simulates the ‘displacement of the display walls’, the gesture by which art historian Aby Warburg in his legendary pictorial Mnemosyne atlas kept extending, relocating and regrouping his books, pictures and images in the Library of Cultural Sciences in Hamburg.[1]

The Relocating of the Axis of Modernity

A Taswir atlas relocates the European axis of Modernity taking up ancient and contemporary lateral methods of thinking that have withdrawn from European cultural memory. The Taswir atlas includes objects and literary / accustic / visual traditions from Islamic, Arabic, Judeo-Arabic, Persian, Ottoman, and other traditions to be constituents of a forthcoming contemporary order of things that no longer operates in the geographies of East and West. [2]

“I Have Nothing to Say Only to Show”

Like in the architectures of a medieval literary page, and just as in Freud’s reading of dreams, the Taswir atlas creates fleeting nodes of spatial and temporal associations: seemingly accidental clusters of material are associated according to latent, subcutaneous, and precise semantic and visual correlations. The associative clusters and nodal points of the atlas operate by poesiis, a method also used in psychoanalysis and in the literary montage:  Displacements, dissociations, inversions of meaning, etc.:

“Method of this work: literary montage.”[3]

“The Atlas doesn’t detach objects according to pre-established categories, rigorous definitions, or ideal hierarchies: it satisfies itself collecting, that is, respecting, the great ‘fragmentation’ of the world.”[4]

The matrix underlying the algorithmic order of the Taswir atlas is modeled after 10th to 13th century Arabic and Judeo-Arabic theories of “relative attributes”, advocating the indeterminacy and relativity of human knowledge concerning the divine subject.[5] What a Taswir atlas does, as Jewish, Islamic, and Byzantine traditions have done before, is to substitute material objects for the divine subject, to “bend” its attributes towards the materiality of the object.

What emanates from this medieval-contemporary correspondence is a variable cartography, an arrangement of objects which suggests an open ended associative process of a non-linear order. 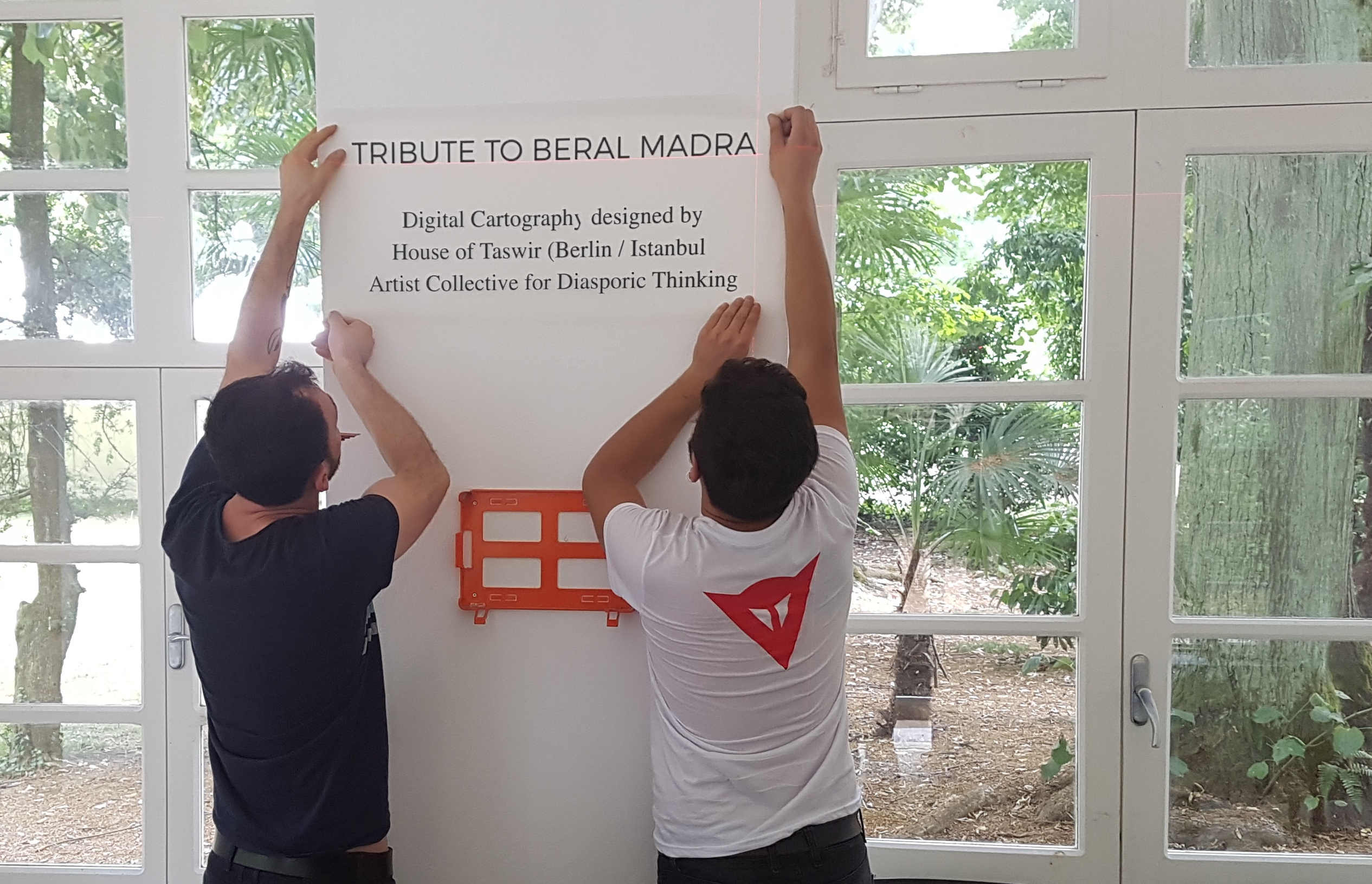 comprised by A.S. Bruckstein Çoruh, mirror to the exhibition “Meine Kleine Mnemosyne”, Pergamon Palais 2015-2016, including all works past and present according to four thematic rooms: écriture(s), face(s), architecture(s), Taswir. 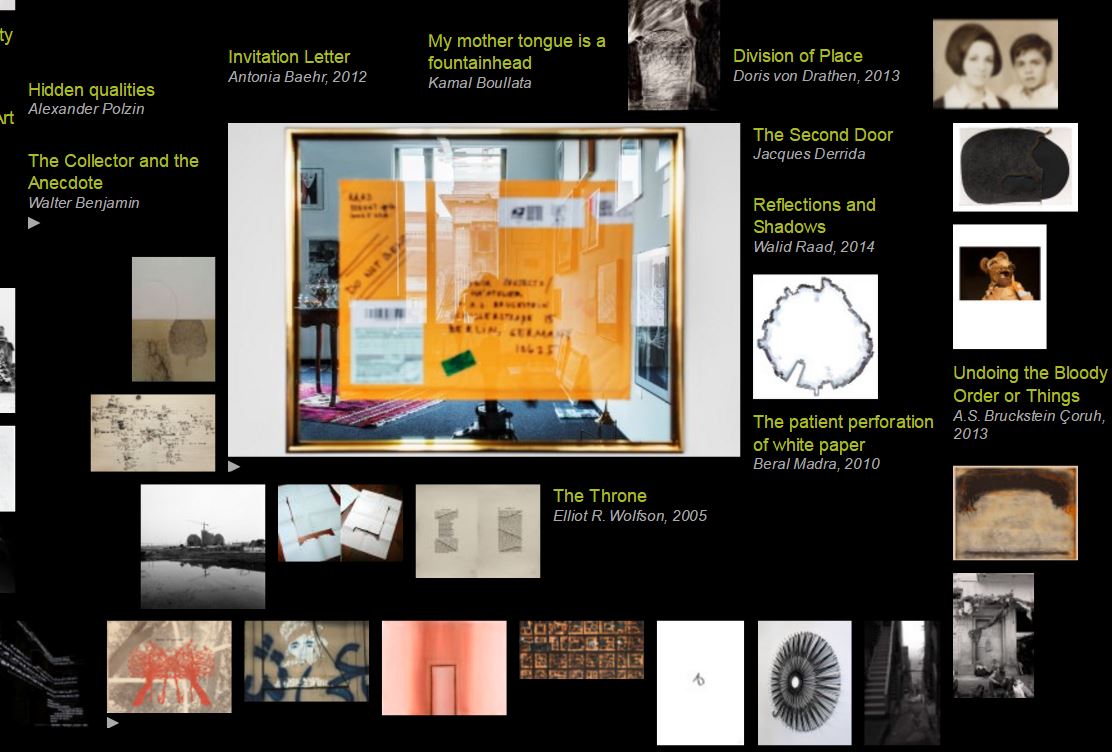 comprised by A.S. Bruckstein Çoruh together with Huma Sherzai and Kabul team. The Kabul Atlas of Poetry depicts the pop-up exhibition on International Peace Day at Babur Garden’s Queen Palace, Kabul, in September 2017. Curated by Huma Sherzai, Edris Azizi & Colleagues. With texts in Pashto, Dari, Arabic, English, u.a.  With the support of GIZ. 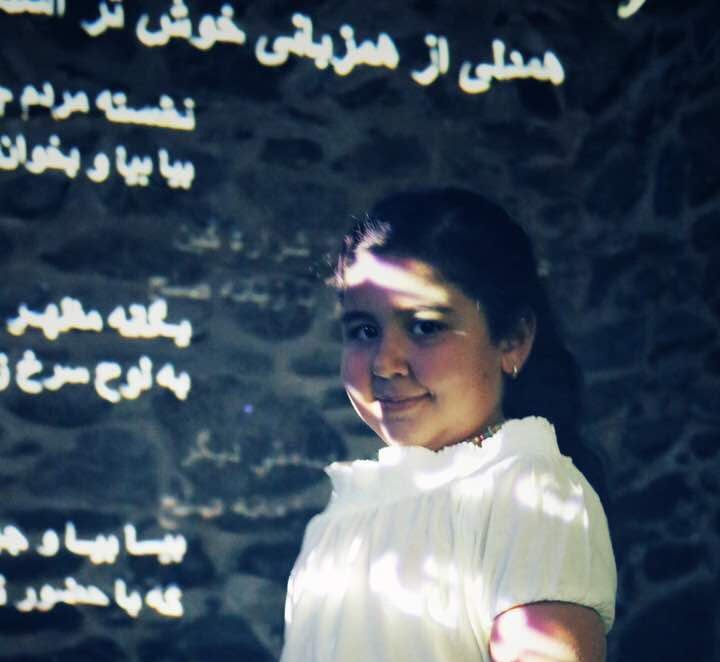 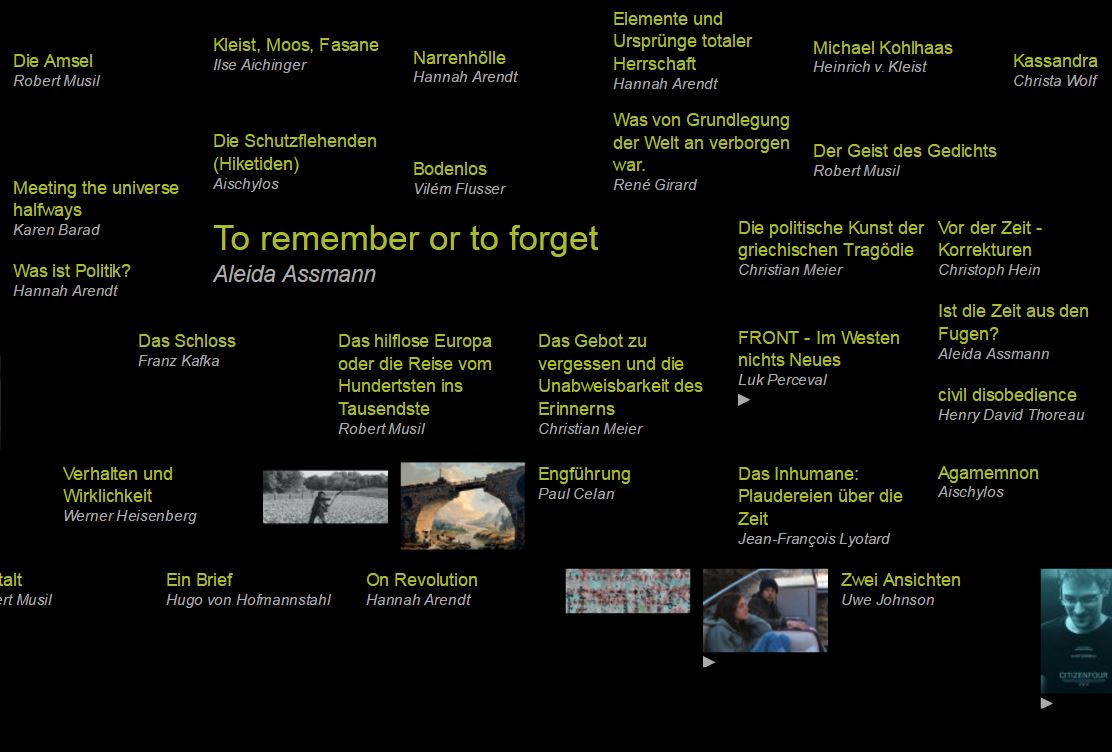